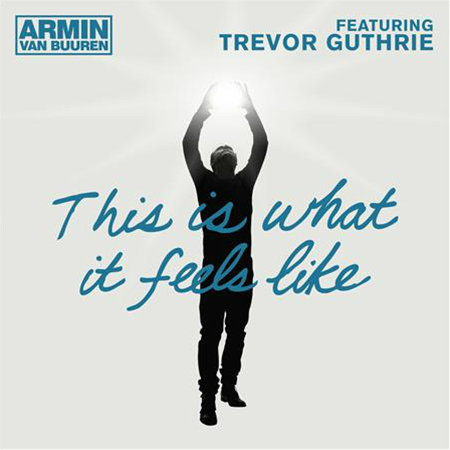 It’s the first official single of the album that dance land has been waiting for. The premier introduction to ‘Intense’, the fifth artist album of the world’s number one DJ, Armin van Buuren. It’s the feel-good ‘This Is What It Feels Like’ ft. Trevor Guthrie, that rushes in.

Its official music video was shot in the great Nevada desert, in between Los Angeles and Las Vegas, by Pixelheaven.tv. It features Armin van Buuren and Trevor Guthrie, racing cars for ‘the hot girl’ on the sandy roads. But there’s also a surprising guest starring in the music video: American adult-film legend Ron Jeremy, playing the supporting role as owner of the road diner where Armin and Trevor continue their battle.

Gathering two years of extraordinary production work and song-writing, ‘Intense’ is the next addition to Armin’s legacy. ‘Intense’ landing May 3rd, the first single is an exclusive pre-taste of its genre-bending sound.

Featuring Canadian singer/songwriter Trevor Guthrie, Armin brings a musical fusion that has its roots in dance, rock and pop. Coming together in the easy-listening, up-tempo tune that is ‘This Is What It Feels Like’, Armin once again proves not to be a prisoner of his own style.